Since the early 1960s, RPI and then VCU offered journalism courses through a journalism department, with advertising courses offered by the School of Business.

VCU established the School of Mass Communications in 1978 to prepare students for successful professional careers in the mass media and in the professions of advertising, journalism and public relations.

George T. Crutchfield was the school’s first director, having previously served as chair of the journalism department since 1970. (Mr. Crutchfield retired from the school in 1999 and died in 2011.) The new school offered four sequences: news-editorial (print journalism), electronic media (broadcast journalism), advertising and public relations.

A master of science degree in mass communications was added to the degree offerings in 1977; it was discontinued when discipline-specific master’s programs were created.

In 1995, an advertising track was added to the master’s degree with the creation of the Adcenter (renamed the Brandcenter a decade later).

School faculty added a scholastic journalism track to the master’s degree in 2003-04; this was discontinued three years later because a change in Virginia teacher certification guidelines no longer favored teachers with master’s degrees.

In 2007, the school partnered with the VCU Department of English and the School of the Arts to offer an innovative interdisciplinary Ph.D. in Media, Art and Text (MATX) that admitted its first students in 2007-2008.

With the State Council of Higher Education of Virginia's approval, the school changed its name to the Richard T. Robertson School of Media and Culture on January 18, 2014. Named after Richard T. "Dick" Robertson (B.S. ’67/MC), a legend in the TV industry and one of the school's most accomplished alumni, the new school name best represents the transformation of mass communications in today's world and reflects the future of the disciplines offered in the school.

Richard T. "Dick" Robertson (B.S. ’67/MC), a legend in the TV industry and one of the School's most accomplished alumni 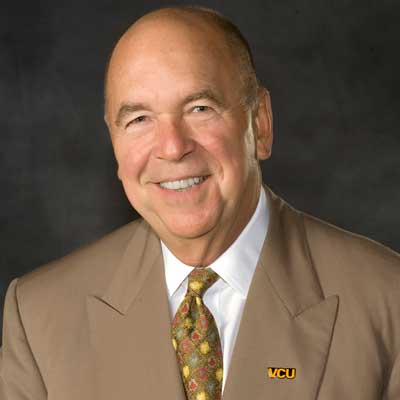