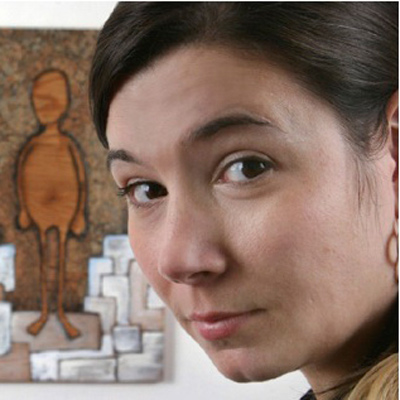 Graduating from the nation’s top universities with degrees in sculpture and advertising, Assoc. Professor Bridget Camden has played an integral role over the past years in transforming the Richard T. Robertson School of Media and Culture’s creative advertising track into the high-caliber program it is today. Camden serves as the School's Coordinator for Special Projects.

Camden first came to VCU as an undergraduate student, earning her Bachelor of Fine Art in sculpture. She then went on to the School of The Art Institute of Chicago, graduating with a Master of Fine Art. Camden later returned to VCU, earning her Master of Science in art direction from the Adcenter (now the Brandcenter). She has more than 20 years of professional creative advertising and visual arts experience, including the film industry.

Her ability to adapt and keep up with the endless changing landscape of the advertising industry can be seen in her teaching curriculum, as her students continue to excel at advertising award shows in the categories of integrated and digital technology, as well as nontraditional advertising.

Camden has continued to follow her passion for the arts and remains heavily involved in the local arts community. She shows her work regularly in galleries. She also continues her professional work as an art director and creative director.

As the program director for both the School’s study abroad advertising programs in Amsterdam and London/Ireland, Camden offers students a first-hand, international experience.