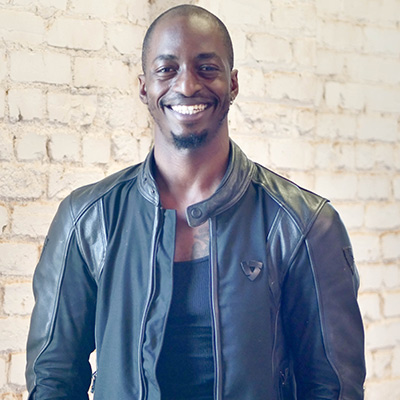 Chioke Ianson, PhD, is a lecturer in the Richard T. Robertson School of Media and Culture. He is also one of the voices of NPR's sponsorship messages. Since 2016, he has tracked and delivered underwriting copy for newscasts and digital downloads.

He is also a professor of African American Studies at Virginia Commonwealth University and is the Director of Community Media at VPM + ICA Community Media Center, which provides free workshops and training to anyone who wants to get into podcasts. His current work focuses on podcast and media education for the public. As a philosopher, he is focused on the intersection of critical thought and media literacy.

Dr. I'Anson serves on the board of the Association for Independents in Radio. He received a bachelor's degree in philosophy and religion from Florida A&M University and a Ph.D. in philosophy from the University of South Florida.

I'Anson is interested primarily in global humanitarianism and development. His dissertation is focused on the humanitarian ideologies that westerners often carry into the global south. Several philosophical perspectives are utilized in his research, including those from Black existentialism, African philosophy and German idealism. He is also interested in feminism and motorcycle studies.